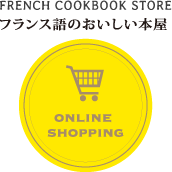 "avec 1 œuf" mean "With an egg" in french. It's the name of graphic design studio as well as a french cookbookshop.

Why this name and what is its meaning ? While talking with my friends, the words "with an egg" came out by chance.

Egg is an usual ingredient for cooking, but from the simple grand'ma cake to the 3 stars chef recipe, it can easily adapt itself. Moreover, egg is also the place where babies are incubated, where life is born. With an egg, one can cook, bake, even make a chick !
Many things start with an egg, which is the symbol of creation.

Even we all would like to taste french recipes by ourselves, the 10 000 km between France and Japan is not making that so easy to do. But do not worry as you can right now browse inside the rich world of french gastronomy, thanks to the books inside this online bookstore, while dreaming of going one day "over there" in France

On the "avec 1 œuf" website, you may have the opportunity to find treasures in books
The website of this bookshop is fully written in Japanese. Would you miss some details, do not hesitate to contact me for more informations